We are a friendly and competitive club which aims to provide teaching from non-swimmers to regular training for competitive swimmers, Masters swimmers and Water Polo players. New members are always welcome although children must be four years old before they can start with us.

Hastings and St. Leonards Amateur Swimming Club was founded in 1888. It was based at the old White Rock Baths in Hastings and was famous in those early days for the Water Polo Teams which made a name for themselves in the South of England.

Competitive swimming received a boost in the 1930’s when two new swimming pools were built at the White Rock. A large competitive pool with diving facilities and a small pool for learners. The club’s learner section became well known as ‘Ducklings’. 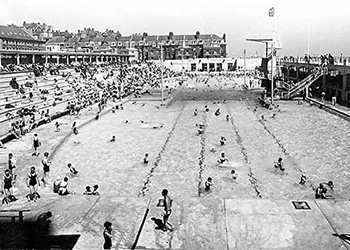 Hastings built up a good name for itself in respect to swimming. The Bathing Pool in St. Leonards was reputed to be the finest in Europe at the time and the club hosted swimmers and divers at international level.

In 1980 the club moved to the Hastings Sports Centre now known as Summerfields following the closure of the White Rock Baths. 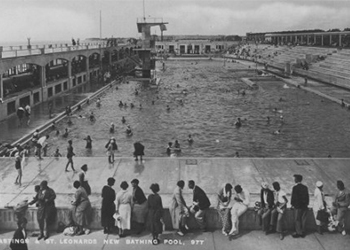 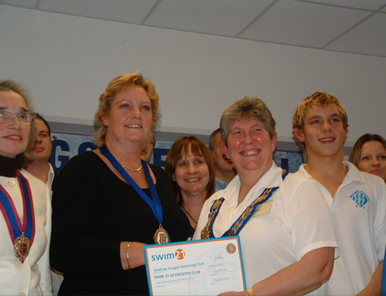 In 2006 we received our first Swim 21 accreditation from the ASA. Swim 21 (now SwimMark) is the Swim England Club Development model – a planning tool, based on the principles of Long-Term Athlete Development. It enables clubs to help athletes, teachers, coaches and administrators to achieve their full potential. It focuses particularly on the needs of athletes – striving to provide them with the best possible support and environment.

The SwimMark Accreditation is a ‘Quality Mark’. It recognises nationally and regionally the clubs that are committed to providing safe, effective and quality services for the benefit of their members.